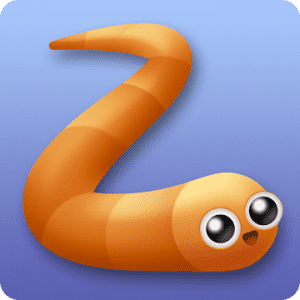 It’s one of the favorite games for those whose first mobiles were Nokia’s of the early 2000s. Snake was everyone’s obsession; and now it’s colored and online, with snakes competing on the same field. Graphics 8/10 It even has a snake on its icon! The designers did the …

Get App
RingsAround.net is not an official representative or the developer of this application. Copyrighted materials belong to their respective owners. We have a very high regard for our users’ security. All the links provided on our website pages are of the trusted sources or official representatives.
8
9
10
10

It’s one of the favorite games for those whose first mobiles were Nokia’s of the early 2000s. Snake was everyone’s obsession; and now it’s colored and online, with snakes competing on the same field.

It even has a snake on its icon! The designers did the great work to make the classical monochrome game shine with incredible neon colors, preserving that very exciting feel. Your snake can change skins, like a real one; though the original selection isn’t that large, you can later get yourself new ones.

And… Hmm. I had a chance to see the original Snake game revamped for revived Nokia 3310. Maybe I’m too spoiled now, but it didn’t get me hooked, for all its nostalgic value. Games of 2019 should be 2019. Games of the 2000s should be 2000s. Slither.io somehow is both, and the new Snake is none.

The game is basically similar to the classical Snake, a bit corrected for online playing. You control a snake that slithers upon an endless field and eats dots. It grows bigger and longer with each dot it swallows and gets harder to control. If your snake’s head collides with another snake, your one dies. And if another snake hits yours, you stay unharmed, while the attacker dies. A dying snake leaves a dense trail of shining dots, so it makes sense to hunt snakes and feed on them.

On the other hand, you can cross your own body without any harm, and you cannot kill yourself against the border, because there’s no border at all. That makes the gameplay a bit easier.

These rules define the tactics. You can just avoid other snakes, or catch a smaller one in a ring, so it cannot get out, or dash before opponents so they cannot make a turn.

There are usually about 400 players on any server, and when you enter, some of them are already very, very large. You can see the stats in the left lower corner and track your progress. But don’t pay too much attention: I sometimes ran into other snakes while watching my position rise.

To control your snake, you use a virtual joystick in the left lower corner and a dash button in the right lower corner. The controls can be moved with a button, so if you’re left-handed, or just prefer it another way, push the button at the top. As for me, I’m good with the original layout. The sensibility is fine too.

The game is completely free, with just one exception. There are ads between games; luckily, they can be removed without a subscription, with a single payment of $3.99. And if you play Slither.io often, paying for removing ads is, in fact, a good idea. Your purchase can be restored if you switch to another Android device, as the game uses your Google account; but if you switch to iPhone, you’ll need to pay again.

Slither.io is one of the most exciting games, just the sort I love: bright, and tricky yet simple in its core. Switching between it and, say, Agar.io makes me forget what “boredom” means. If you still cannot find what fills the hole in your heart left by Snake, Slither.io will fit.