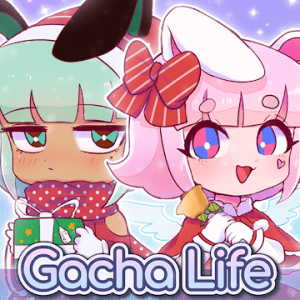 Gacha series by Lunime is a great discovery for those into manga and anime. If you liked to draw your favorite characters, pair and ship them, making your own fan art, then Gacha Life will take your heart right from the start. It’s a social life simulator combined with a great studio, in …

Get App
RingsAround.net is not an official representative or the developer of this application. Copyrighted materials belong to their respective owners. We have a very high regard for our users’ security. All the links provided on our website pages are of the trusted sources or official representatives.
10
10
10
10

Gacha series by Lunime is a great discovery for those into manga and anime. If you liked to draw your favorite characters, pair and ship them, making your own fan art, then Gacha Life will take your heart right from the start. It’s a social life simulator combined with a great studio, in fact, your own manga theater.

Hey, it’s a visual studio first of all. If anything about this game should be excellent, it’s the graphics. And it is. While mini-games and social tab aren’t here to impress, the studio is really a thing. Dozens of outfits, face expressions, poses, gestures, including animated ones, are available for various characters. All of them are available from the beginning, you’re only limited in character slots.

Gacha Studio, in fact, has two distinct areas in it: the studio and the game. The studio comes first because I just love it. It features typical manga characters you can dress and position any way you like. I tried to find an emotion or a situation that can’t be expressed with this set, and I found fitting poses and expressions for literally anything.

As your characters are ready, you can feature them in scenes, like you’re the director, and they’re the actors. Select the background, add items from the library (from benches to bouquets), then position your actors. You can then add their names and the words they say (not in a traditional bubble, but that isn’t much of a loss). A story can hold up to 200 scenes. If you need to make just a slight change to the next scene of your story, you can just copy the previous one and edit it a little.

The gaming part is quite simple. Gachaing is buying random items in boxes for crystals. These items will be necessary if you want to make friends with NPCs in the “Life” tab. The more gifts they receive, the friendlier they get. And the higher level you reach. To get these gems, you can play simple mini-games in a special section.

As you increase your level, you unlock new features of the studio, like, say, more characters to be featured in a scene. If you want all the possibilities of this anime theater, you’ll need to upgrade.

It’s all made as simple as can be. You only need to tap in the right place to position your character, or tap icons to select image elements or turn pages. Mini-games require some skill, timing, understanding, and also just the right taps.

Like many social simulators, it utilizes stamina. As soon as you’re out of stamina, you cannot act. Restoring it takes time, but it’s not like you can just shut the app and wait until it recovers. You’ll have to keep the app running, with “Life” tab opened, for at least ten minutes for 200 stamina. Otherwise, you can restore your stamina by gachaing, but it takes gems. And you can buy them for money: 400 for $1.99, 4000 for $9.99, and 12000 gems for $19.99. Well, if you need to unlock the full studio sooner and start making your exquisite scenes, it can pay.

First of all, Gacha Life is a studio. If I ever have an idea of creating some webcomics, I’ll consider Gacha Life as my primary workshop. And if I have to play for some time to unlock its potential, well, I’ll enjoy it too.

Gacha Life
99.0MB
Take a note. This app’s size is bigger than the average in this category