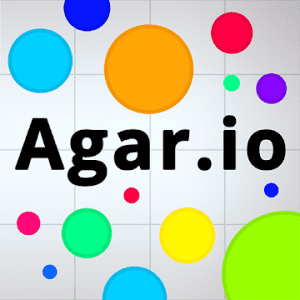 If a game ends with “.io”, it’s a reason to heck it. After wonderful Slither.io I had some expectations about Agar.io either, and they mostly proved true. What I expected was a simple MMO with primitive visuals and amusing gameplay; that’s exactly it. Graphics …

Get App
RingsAround.net is not an official representative or the developer of this application. Copyrighted materials belong to their respective owners. We have a very high regard for our users’ security. All the links provided on our website pages are of the trusted sources or official representatives.
6
10
9
10

If a game ends with “.io”, it’s a reason to heck it. After wonderful Slither.io I had some expectations about Agar.io either, and they mostly proved true. What I expected was a simple MMO with primitive visuals and amusing gameplay; that’s exactly it.

It’s one of the simplest games I’ve seen (at least among those I wanted to keep playing). There is an empty field with colored dots sparkling all around. You and your opponents are in control of intelligent dots that look almost the same, with some images on to distinguish them. It’s all so simple that it could have been drawn on a lined sheet of paper.

The game reminds of the same Snake that made the ground for Slither.io. Your abstract character grows as it eats them dots. There are other players alongside you; you can eat them as well if you’re bigger than them; otherwise, you better run.

If you wish, you can find some ideology behind that; I couldn’t help remembering Nietzsche retold by Wolf Larsen in Jack London’s The Sea-Wolf. We’re all but pieces of ferment; the big eat the little, the strong eat the weak, the lucky eat the most. You are here to be the biggest, the strongest, and the luckiest.

As your cell grows, you can create a colony, spreading into spores. But beware: your spores are too small, so they can be eaten before they grow big enough. Viruses, bigger than regular grains, can cause splitting too. To eat minors, you can shoot spores, but remember that a spore you shoot is much smaller than your core cell.

There are various modes, including regular one, fast game, and (of course!) Battle Royale. I won’t be surprised if soon Tetris or Sim City gets Battle Royale mode too. PC players also can access experimental modes, but it’s enough for me to have it on my mobile, or I’ll have no time for work.

The app is controlled very simply. You move your cell (or the entire colony) with a virtual joystick in the left lower corner. To split into a colony or shoot spores you need to tap special buttons in the right lower corner. It’s easier said than done: there is a little delay introduced intendedly, so your cell reacts with some latency.

To get potions that help you recover, or to start a fast game bigger than a regular cell, you need coins. These coins can be won, like in any MMO, or just bought. Of course, those who invest get serious advantage; but if you play it just casually (like I do), or don’t care much about the championship, payments are not necessary. There are also ads between games, and to get rid of them you need to subscribe. Subscription is some $7.99 a week, and it also offers bonus coins and customized skins for your cells.

Frankly speaking, I like these games: with visuals modest, but not poor, with gameplay exciting and nothing left to chance, depending on your skills only. It’s a perfect casual game for those ten or twenty minutes a day you sentence to a pleasant sort of death. And killing them with Agar.io is quite a good option.