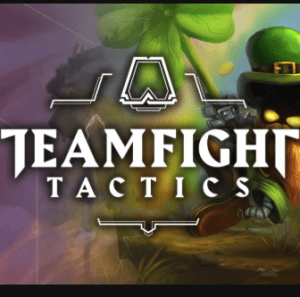 Teamfight Tactics (TFT) is a strategy game whose action is divided into rounds. You have to fight with seven rivals and assemble a strong team that will fight for you. The main goal is to become the last survivor. Recently, on Twitter, one of the leading designers of Riot Games shared the news …

Teamfight Tactics (TFT) is a strategy game whose action is divided into rounds. You have to fight with seven rivals and assemble a strong team that will fight for you. The main goal is to become the last survivor.

Recently, on Twitter, one of the leading designers of Riot Games shared the news that TFT will receive its own tab with match history and showed players the concept of the interface. At the moment, developers are thinking about what elements should be present in this section.

The principle of work of limiting units on the board.

"Level" - the main element of the strategy in the game, responsible for the number of characters which you can put on the board. For example: If your level is 7, then you can put exactly 7 characters, of course you can bet less, but the more the better.

Can the number of units on the board decrease / increase? And why did this happen?

Maybe only in some cases:
- When there were 2 identical 2 * characters on the board and you collected the third. Then they will merge into one and the number of units will decrease

- The increase in units on the board may occur due to the fact that you have collected the "Cape of the Forces of Nature" (Spatula + Spatula), it allows you to increase the size of your team by +1, regardless of level.

- Also, the size of your team may increase due to one mechanic: Before the roulette, you must have filled all the fields of the characters both in the team (equal to your level) and on the “hand”, they can be filled with the most inexpensive characters. After you take the character from roulette, he will automatically get into your team, but will stand on the cage not far from your little legend. It will not be possible to rearrange it, however, it will fight in rounds as the 7th character (Even when the level is 6), until your “arm / table” is released or the level rises.

How is it that the enemy has more units than mine?

There are several reasons for this:
- You have fewer characters, but a higher level in the stars. In most cases, the team where quality, not quantity is stronger

- The enemy has an assembly of pirates,
allowing him to farm more gold in rounds against players

- Also in the game there is the mechanics of "% from the bank", this is a very nice thing that allows you to increase revenue from rounds. All you need to do is leave the number of coins a multiple of 10 (20/30/40/50) until the end of the round, and when you have more than 50 coins, you can spend them depending on the situation.

You can easily find out the number of coins in the hands of another player if you look at the side parts of the board with the "Golden Bowls", each cup shows that the player has 10+ coins in his hand. Watching changes in coins from other players, you can find out whether the enemy will be dangerous in the late stage of the game, when he will spend +60 coins or completely "get poorer" and can not allow 5 * characters. An example of a screenshot shows that I had 51 coins and 5 Golden bowls, while the enemy, on the contrary, can guess that there were ~ + -9 coins.

P.S .: Soon a new TFT pass will be added. It contains a large number of icons. In connection with the emergence of new legends, perhaps in the new awards there will be an egg with one of the new legends, since Riot said that with one free egg, the business will not end.
Icons: “What's in the box?”, Pirate award, 3-star impressive icon, Champion icon of the second TFT pass, Member icon of the Penguin portal, Penguin icon.
The new pass is very rich in icons, but we really hope that besides them there will be other awards including new boards, an egg of legend and other awards of the "Emotion" type.
(At the moment, this is all information on the TFT pass and its contents)

P.P.S .: All TFT badges are absolutely free! Everyone can get them, just play the game by completing blocks of quests and tasks, as well as collect the daily sphere.