iPhone 11 Family: What to Expect & How Much to Pay? 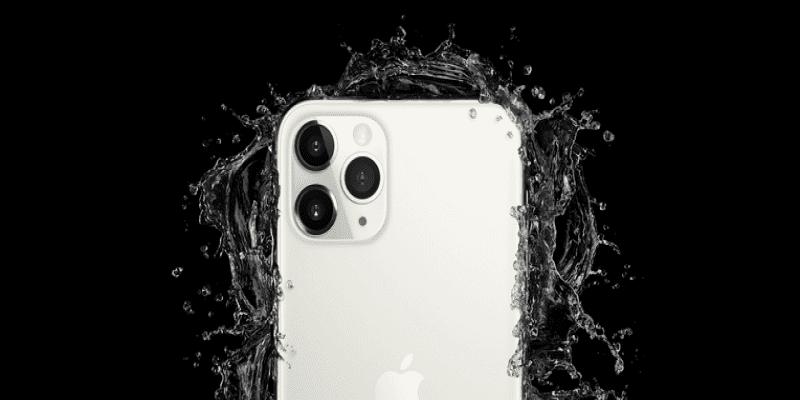 There are numerous speculations on the upcoming release of the iPhone 11, 11R, 11 Pro, and 11 Max. Whereas the event takes place in less than 8 days, on September 10, there are still some blind spots left. There are new updates on the 2020 iPhone, and everything looks great about it, but we still have this year’s newcomers. Will we receive something extraordinary?

And Old But Improved Model Vs. 2020 Model

Not so many days left until Apple shows its new generation iPhone in Cupertino. Apparently, it is a real problem for Apple to convince people that all the modest changes that were made turned into something great. And the worst part is that their upcoming release is beaten by their own 2020 model. It looks like the audience is eager to wait for iPhone 2020, and does not pay any attention to iPhone 11.

Who can blame them? Just look at the stuff expected to be in the 2020 model. For starters, built-in 5G, 3D time of flight, laser-guided camera, fingerprint in-display sensor. And who knows what else Apple is planning to release in the new year.  We have to wait for new announcements from the company.

During the last several months, the information about the 2019 iPhone was leaking through social media, authoritative sources like Bloomberg, Apple’s own statements and websites with rumors. And while everyone shared tiny pieces of information, the whole picture looks like the 2019 iPhone is similar to the 2018 model in many ways. It may not be the same and contain numerous improvements, but the concept is look-alike.

So, basically, when Apple representatives come on the stage in Cupertino on September 10, they will have to convince us that iPhone 2019 is something we have never seen before. However, they may choose another strategy and highlight the phone’s advanced chips, cameras, operating system, new colors. And this is completely true. I, myself, want to see a dark green iPhone, finally. I bet there are millions of green color fans who are waiting when Apple does something for them.

Meanwhile, we all can’t help but wonder about the price of this new old-like iPhone. It is only a rumor now, as the company does not answer this question on this stage. Analytics believes that iPhone 11 will cost the same as iPhone XS, which is $1,000 or higher.

Let’s not forget that Apple is not the one and only phone maker on the market. Furthermore, Apple is far from being the leading phone maker on the market. Top leading companies like Samsung, Huawei, and Google work non-stop on creating something really new and revolutionary. With the strategy to play safe, Apple is losing its audience every time some other company brags about innovations.

This year, Samsung came up with Galaxy Note 10 in August. And while the media paid most of its attention to the lack of the headphone jack, Apple must not feel safe. The company still sells the most expensive phones, so they have to offer something that neither Samsung nor Huawei can.

Apple is still a premium product and the object of desire for millions of people. The brand talks for itself. Users do not care about its decreasing profit, menace with US-China economic relations, and so on. They still want to see a bitten apple on the back of the phone. So, there are lots of hopes that Apple will amaze us on September, 10.

While we all are waiting for the upcoming release of the iPhone 11, there are several rumors that you may want to read before. Some of them sound amazingly real, while some are rather doubtful. If you know other rumors, share them with us, here.

What We Do Know for Sure

Apple is going to represent iPhone 11 during the event at the Steve Jobs Theater in Cupertino, on September 10, 2019, somewhere after 10 a.m. Apple has officially released the statement. We have a time and a place. It is a good tradition for Apple to present its new phone in September, so it was predicted by everyone. But there was a big hint as well when iHelpBR found a screenshot of the calendar on iPhone with this date marked.

This date was chosen not by chance. And if everything goes as it was predicted, iPhone fans will be able to buy a new device on September 20. Last year, Apple revealed three new phones on September 13. The first two of them came up on the market on September 21, and the last one month later. 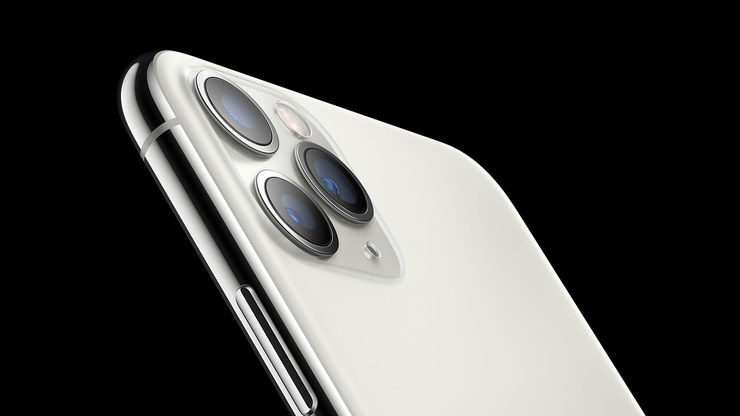 This rumor was revealed by the Wall Street Journal and and similar authoritative sources of information. They reveal three models that Apple is planning to promote. It is very possible that Apple will add iPhone XR into their promotion, as it is a budget version that deserves another chance.

According to an anonymous account on Twitter that correctly guessed or leaked names of iPhone’s models last year, this year we will see the iPhone 11 Pro model at the top of the list. There are iPhone 11R, iPhone 11 Max on the market.

This is another rumor that is heating our imagination. Three cameras in iPhone 2019 may be something worth waiting for. If Apple does this, this will be a huge change for iPhones in general. The rumors came out last year. And even Bloomberg joined the team of believers, discussing our possibilities with three rear-facing cameras. This feature may give Apple a chance to leave Samsung, Huawei and Google way behind in this race. Three cameras will allow making shots from various angles.

Bloomberg’s main sources were two unnamed Twitter accounts. The first information about three cameras appeared in January. There was a photo showing three cameras’ accommodation. While this easily can be a fake, the rumors were not refuted by Apple.

This rumor has also appeared in January. Just with the beginning of the new year, the Wall Street Journal released the article on the 3D Touch option on iPhone. Analysts of Barclay have visited Asian suppliers of Apple and suddenly became very confident that there will be no such feature in the new line of 2019.

And yet, the whole concept of touch-based interface probably will not disappear for good. Apple has announced a Taptic Engine new feature that will continue to live in the next models after Haptic Touch's success in last year’s model iPhone XR.

It was at the beginning of the year when Apple decided to refuse of wireless AirPower charging mat. iPhone owners had to use third-parties for powering up AirPods and iPhones after that. But the new information which came straightly from Ming-Chi Kuo, Apple analyst, claims that the new iPhone’s generation will have bilateral charging. It will allow you to charge your own iPhone and share it with other users.

This is not the biggest news anymore, as Samsung has already supported its Galaxy S10 with the ability to charge other phones via Qi wireless standard. Kuo has predicted that those new iPhones will have bigger batteries. The analyst assumes that it will be a maximum 20 percent larger from the battery of the 2018 iPhone. If this is true, the battery will be able to stand over 19 hours, the record of iPhone XR.

In 2018 Apple limited the number of LCD displays by one, in the iPhone XR model. The other two, iPhone XS Max and XS have OLED panels, with higher resolution and better quality of colors and images. It is very possible that Apple is going to repeat this pattern, and we will receive one LED display and two OLED. Some analysts believe that Apple is waiting for 2020 to implement OLED panels, which are more expensive than LED prototypes, to more iPhones. But perhaps we will be talking about new prices on phones than.

The A13 Processor in iPhone 11 Rumor

Bionic chip A12 that works greatly in 2018 iPhones gives us all reasons to assume that Apple continues to raise its powers in this area. According to Ben Thompson, the analyst, this chip is going ahead of the whole industry and will be able to win the race with the most powerful Android systems in the next couple of years.

In May, there was an article in Bloomberg about Apple’s work on the new generation of processors. Apparently, Apple does not want to stop on A12 victory. Why not implement A12X processor or A13 newly created chip into the next iPhone?

The Tough Question of 5G Support 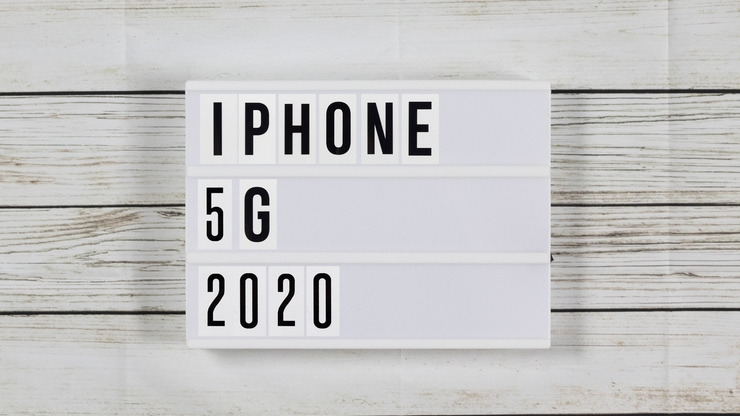 This was the rumor of the year. Almost all modems that phones of Apple use are made by Intel. This company is working on a 5G option for mobile devices. However, Intel has a problem making 5G for iPhone. It is highly unlikely that the 2019 version will support a 5G chip. But we still must stay hopeful for the 2020 model. Someday 5G chip will see the world in iPhones.

The rumor says that iPhones of the next generation will stay as expensive as always. The price for iPhone XS starts at $999, and XS Max with $1,099. Unlikely that there is a chance that Apple will be able to cut prices for the 2019 line. The prices increase almost in every area on the market. And Apple is not the only phone developer that raises the price. The cost can jump higher due to numerous factors on the market, like the trading war between the USA and China, new tariffs. We will see the boundaries that Apple can’t cross very soon.

I gathered here rumors I’ve found the most interesting and helpful. But there are many more of them. I was wondering if you can name the most ridiculous and the most hilarious rumors about the upcoming release?

Was this review helpful?
Thank you for your feedback!
84 % of people found this helpful