Modern technology continues to develop rapidly with new software and apps becoming available to the public every single day. Whether physical or virtual, any development requires proper testing to make sure that it works well and effectively satisfies the needs of users. There are numerous aspects of testing that need to be considered, and many steps to be taken before a certain product is ready for use. In this article, let’s take a closer look at the functional and non-functional testing of mobile applications and see the main differences between these two types.

Testing as an Essential Part of the Development Process

Software and app development cannot be viewed as complete without testing. You may think that everything works fine, but only proper testing can reveal all potential issues that you may not be aware of. Testing is a complex process that can be divided into two parts, such as functional and non-functional, as these processes serve different purposes.

What is Functional Testing? 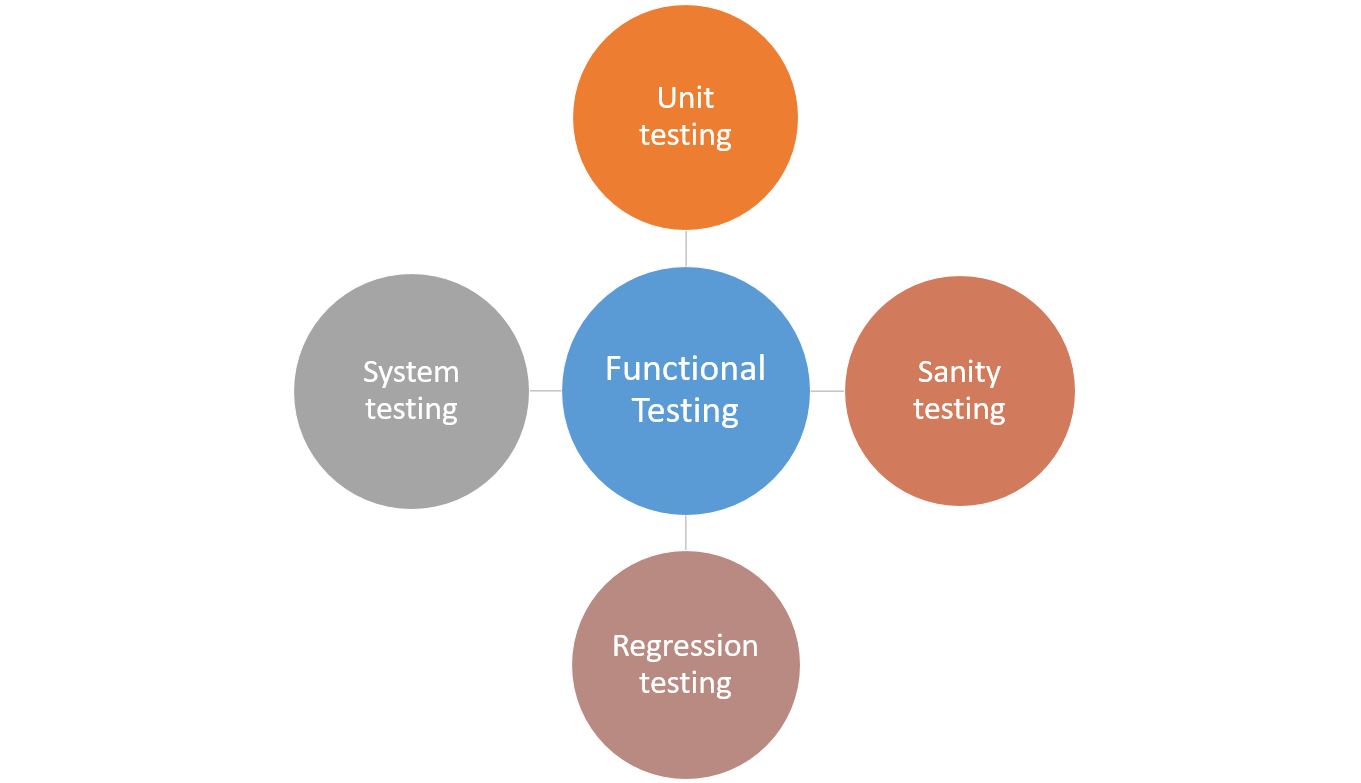 Functional testing is performed with the intention of checking that all the functions of the app work well and are implemented according to the standards. The focus of such testing is to ensure that the application turns out user-friendly and brings value to those who install it.

Functional testing includes several different subcategories that should all be taken into consideration when improving app performance. The first level is called unit testing, and it requires analyzing all the app components and testing their functions. Such a process is performed by the developers so that they can testify that all units of the application work perfectly in regards to the mechanisms and standards.

Another category is called sanity testing. This step is done to achieve the highest level of performance of the entire application. It helps reveal which errors are present and can negatively affect the work of the application in the future. Sanity testing is performed to find which minor updates need to be done and make sure that the app works well. This testing can be done in combination with smoke testing to achieve the needed results and get the full picture.

The next type to mention is referred to as regression testing. Its goal is to help developers see if there exists any type of negative effect on the entire system of the app. Another category is called system testing and it is used to establish a better level of coordination between the software of the application and the hardware. Such testing is generally performed before the app is launched, and it is used to analyze the software in its entirety.

What is Non-functional Testing?

As it was mentioned previously, the other big category is called non-functional testing. This type is performed to assess the parameters of the app that are not directly related to its functional part. This step is essential to evaluate the entire system of the app and all the details before the launch is possible. Non-functional testing is performed to see whether the application can handle the potential workload without crashing. And this testing is done to ensure that the application is compatible with the software, different screens, and such.

Security testing is also an integral part of the process. It is done to ensure that there are no problems related to viruses and different malware. Usability testing is also something that shouldn’t be overlooked as it is done to figure out if there are any issues in the system that can affect how convenient the app is. These tests are done during the initial stages of the app design and are essential for the development to progress further.

There exists a range of parameters that can help understand the purposes of tests and compare non-functional and functional testing:

Functional testing is easy to perform when a developer doesn’t have enough knowledge about the internal functioning of the device. At the same time, non-functional testing is easy to implement and suitable when a developer already has an understanding of the internal functioning and how various things work on different devices.

Testing is a Crucial Part of Any Development

A lot of apps become irrelevant several weeks after their launch simply because of the lack of proper testing.  Both functional and non-functional testing is extremely important when developing any new application for the mobile device. One needs to pay careful attention to all the functions of the app and ensure that the application is fully user-friendly and doesn’t cause frustration in users. Thorough testing cannot be underestimated as it is a foundation of having an app that people would be interested in using.

Do you understand the difference between functional and non-functional testing? Tell us your thoughts in the comments below and share this article with others who may find it interesting.